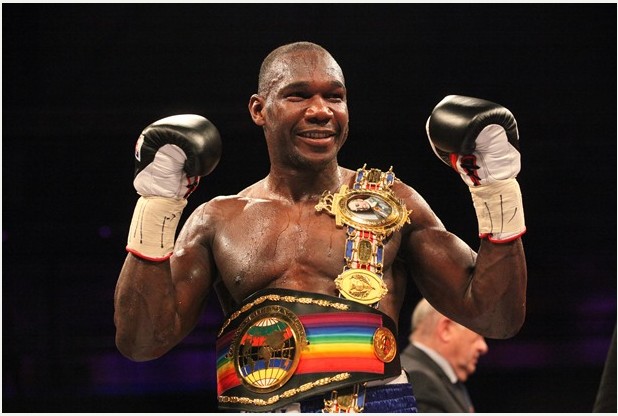 “I love the Shinfields for everything they have done for me. They are nice people but I had to make the move (to London). It’s the sacrifice I had to make to be a world champion.”

OVILL McKenzie is the British and Commonwealth Cruiserweight champion and now he is ready to pursue his dream of becoming world champion.

A second-round stoppage of John-Lewis Dickinson at the Metro Arena in Newcastle on Saturday saw the big-hitting boxer from Derby add the coveted Lonsdale Belt to the Commonwealth strap he already held and end a 43-year wait for the county.

He is the first to bring a British title back to Derbyshire since Swadlincote’s Jack Bodell beat Joe Bugner to become heavyweight champion at the Empire Pool, Wembley, in 1971.

McKenzie has earned the nickname The Upsetter because of the number of times in his career he has taken on the home favourite and beaten them but Germany is a notoriously difficult country for boxers to go and win.

Even so, the 34-year-old says he cannot wait.

“It’s time to upset the world!” he said.

“I want to go to Germany and bring back a world title to show my appreciation to this country and to Derby for letting me come here and make my dreams come true.

McKenzie previously challenged Tony Bellew for the British light-heavyweight title in 2011 but said the real low point in his career came when he lost his Commonwealth light-heavyweight belt to Enzo Maccarinelli in August last year.

He switched to cruiserweight and moved away from the Shinfield Gym at Somercotes to the Peacock Gym in London, though he still lives in Derby.

Though he admitted he found the change difficult, McKenzie says he knows it was the right one.

“After losing to Maccarinelli was one of the worst times of my life,” he added.

“I thought to myself ‘what am I going to do now?’ and I felt weary.

“I had to make a move because I knew it was finished for me if I stayed where I was. I needed something to give me a boot and so this was definitely the best move for me.

“It was terrifying for me, I’ll be honest with you, but I had to do it and that is no disrespect to Mike and Jason Shinfield.

“I love the Shinfields for everything they have done for me. They are nice people but I had to make the move. It’s the sacrifice I had to make to be a world champion.”